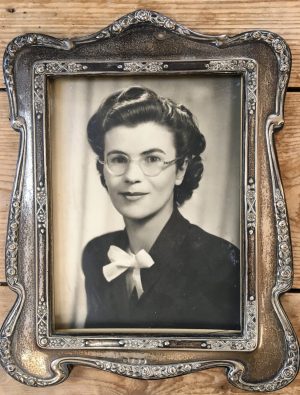 In the 1930s, when she was still in her early twenties, Suzanne Cooper was one of the rising stars of British art.  Mary Kisler, Senior Curator at the Auckland Art Gallery, NZ, where one of her paintings now hangs, compares her work to that of Eric Ravilious and Christopher Wood.

Her work has been overlooked for decades, but now at last with an exhibition scheduled to open at Printroom on Sunday 3rd June and running until the 8th July- this forgotten figure of British Modernism is set to receive the recognition due to her.

Suzanne Cooper grew up in Frinton, a seaside resort on the Essex coast.   In 1935, when she was nineteen years old, she became a student at the Grosvenor School of Modern Art in London, where she was taught by the master print-makers Iain Macnab and Cyril Power.  Over the next four years she exhibited her oil-paintings and wood-engravings at the Redfern Gallery, the Zwemmer Gallery, the Wertheim Gallery and the Stafford Gallery, and with the National Society of Painters, Sculptors and Print-Makers (founded by Henry Moore in 1930) and the Society of Women Artists.

Fourteen of her paintings remain in the possession of her family.  At least a dozen more were sold, most of their current whereabouts being unknown.  One was bought by the influential collector and patron Lucy Carrington Wertheim and is now in the Auckland Art Gallery, New Zealand, hanging – fittingly – alongside paintings by Alfred Wallis and Christopher Wood, who was an important influence on her.   Another was sold at Bonhams Auction House in 2004 and bought by the then Director of 20th Century Paintings at Christie’s.

Suzanne Cooper’s career was cut short by the outbreak of World War II.  The Grosvenor School closed in 1939.   She married Michael Franklin in 1940.   They had three children, and she produced no more large-scale paintings, though continuing to work in pastels and chalk.    She died in 1992.

The prints that are for sale through printroom studio are a second edition, authorised by the artists family and printed by Phil Abel of Hand and Eye press in an edition of 45. They are numbered but are not signed. Each print is authenticated by Dan Franklin, the artists son.

All the prints can be bought framed individually in black with a white archival window mount for an additional £45.00 +postage and packing. Please email info@printroom.studio for further details