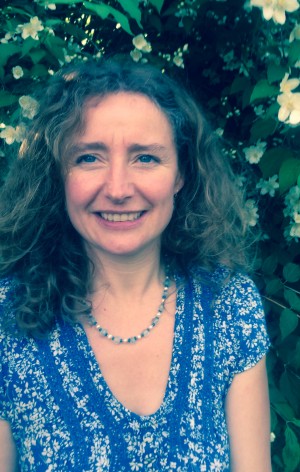 Eleanor Havsteen-Franklin was born in Denmark, but has lived in the UK since 1994. Here she completed her BA (Fine Art with Psychology), and in 2007 an MA in Printmaking at Camberwell College of Art. Her printmaking practice utilises the etching process to explore the surface and it’s relationship to the drawn lines. By encouraging foul biting on the copper plate during the etching process a dialogue is created between random surface impressions and the drawn lines. The tactile nature of the print is evocative of the changing textures of ‘living’ surfaces such as plant physiology, growth and decay. At times, this surface is explored further with stitching into the etching. The prints are inspired by detailed drawing studies of plants, insects and other biological forms. These different elements are morphed to create a novel object that is suggestive of bodily and organic forms, but has a life of its own. Selected group exhibitions include Royal Academy Summer Exhibition (2008-10, 2013-16); Northern Print Biennale, Newcastle (2009, 2016); Guanlan Print Biennale (2009, 2013); RE Open, 6th International Kyoto Print Exhibition, Kyoto City Art Museum, Japan (2012); Solo Exhibitions include Underskudsbutikken, Copenhagen, Denmark (2016); ‘Corpus’ The Pie Factory, Margate (2013); ‘Inside Outside’, Watford Museum (2012); Prizes include1st prize solo exhibition Pushing Print (2012), BITE, Mall Gallery (2012) and School of Creative Arts Prize, Eastern Approaches (2012, 2013).