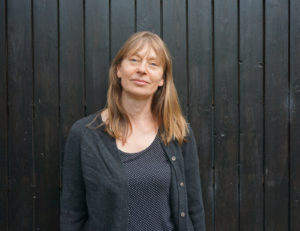 Claire Willberg is a sculptor and printmaker who lives and works in London and Suffolk. She graduated as a sculptor from the Royal College of Art in 1989 and subsequently completed an MA in printmaking at Camberwell College of Art. For the last six years she has been a member of the Slaughterhaus Print Studio in South London. She has exhibited widely in the UK and in 2016, her work was selected for the Royal Academy Summer Exhibition.

Her work takes inspiration from observing, collecting and recording the discarded objects she finds abandoned on city streets. Through a range of traditional processes including intaglio, relief and screen-printing these found objects adopt new characters and become identified by their shape and interaction with colour rather than any previous function or use. Sitting together the imagery plays with a combination of forms and textures that are recognisable to us but always on our peripheries.